Tanaka Shuzo is located in the fertile plain of Kami-cho, Miyagi Prefecture. A plain supplied with water by the melting snow of the nearby Mount Oou. The brewery was founded in 1789 by Rimbei Tanaka, then a first generation representative of the Date clan’s leading kimono merchant. The choice of the region was not insignificant, it is both a place where rice production is among the most important in Japan, but also a historical place and very famous for sake production. Many breweries have won awards in the National New Sake Competition and Tanaka Shuzo is of course one of them.

The rice produced in Miyagi Prefecture, the groundwater from the Oou Mountains and the brewers are all from the Tohoku region. They know the local resources remarkably well and how to adapt the changing climate of each year to the production of sake. Their toji has a unique background. Morikawa Yasutaka was one of the youngest Toji in Japan. He worked in 14 different breweries before settling on Tanaka Shuzoten Brewery. He is responsible for the production of the entire Tanaka Shuzoten range, but has also created his own brand of sake, sold exclusively through a limited number of distributors of which we are proud to be a part.

Produced from Sasanishiki rice from Miyagi, this Junmai Genshu is aged at low temperature for 2 years ( Jukusei ). The nose is clear, elegant. On the palate, the citrus notes sensed when it was young have evolved beautifully into more roundness, tinged with cocoa notes. The finish is clean, with a kire finisha sake to be drunk at different temperatures, from fresh to heated. It is an ideal accompaniment to a meal and is easy to pair with sake. This sake is roughly filtered, so some sediment may form during storage.

A lovely pairing would be with white meat, chicken dishes. 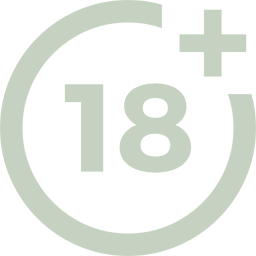 You must be 18 years or older to visit our DIM Shop.

Our webshop is currently closed due to our end of the year holidays.

As from the beginning of January you can again order your favourite products in our webshop.